Joined Sep 22, 2013
·
2,326 Posts
Well some sad news today. initially my car was to be ready to pick up tomorrow. When I dropped the car off on Monday they said that the dyno was broken and they were working on it. As long as it was fixed there should be no problems having the car ready by Friday (tomorrow).

So today I called to make sure that the car was going to be ready for tomorrow. And they said it wouldn't be. They said that the dyno was fixed but apparently a sensor is out on it now. They were having a new sensor overnighted today to fix it for tomorrow, but the now they are backed up on tuning. So my car will have all parts installed by tomorrow, and is now scheduled for the tune next Tuesday, making my new pick up day next Wednesday.

Not the end of the world obviously, but I was excited to get the car back tomorrow and now it is postponed.

XJman said:
What happened to it?
Click to expand...

Not entirely sure. They said it is bad enough they are considering buying a whole new dyno. But they are trying to temporarily fix it so they can tune the few cars that are scheduled for a tune, including mine.

Joined Sep 22, 2013
·
2,326 Posts
Andrewtech called me today. While installing the exhaust manifold noticed a small leak from the lower end of my stock radiator. So now a koyo rad is being added with grimmspeed hoses. They said the dyno should be up and running today. Hoping to be done on Friday.

Joined Sep 22, 2013
·
2,326 Posts
So it looks like I’ll finally be picking the STi up either this Friday or Monday. After the dyno broke (twice) and then one of pumps being wired wrong from radium and finding a small leak in my stock radiator and having to order a koyo radiator, it finally looks like I’m rounding third base and about to bring this thing home!

Anyone want to guess what kind of power I’ll be making?

Joined Sep 22, 2013
·
2,326 Posts
Car will be done tomorrow and I will be picking it up! I cant wait. When I called today he said the pump gas tune was done and the car made around 580whp on pump gas. The tuner was in the process of doing the flex fuel tune and at the time of calling was around 650whp and still working. I will have the dyno sheets and final numbers tomorrow!

This thing is a freaking rocket ship. Haven’t driven it too much because it has rained all day today. But man 2nd gear 40mph roll is insane. Breaks the tires loose and throws you in the seat like being on a roller coaster. 3rd gear makes the car feel like it’s floating. The car and steering get real light and you just have to hold on. The delivery is sooo smooth it’s insane. I’m assuming the mix of an equal length manifold and good tuning. The tuner said the car absolutely loved boost and was taking everything he threw at it and is very strong.

The only thing holding me back from reaching over 700whp is a darn wastegate spring! Considering later this year getting the bigger spring and pushing it a little further. The tuner words “there is still plenty of power to be made”.

XJman said:
I can imagine when you hit the powerband its like an explosion behind your ass.
Click to expand...

It’s definitely a hell of a ride 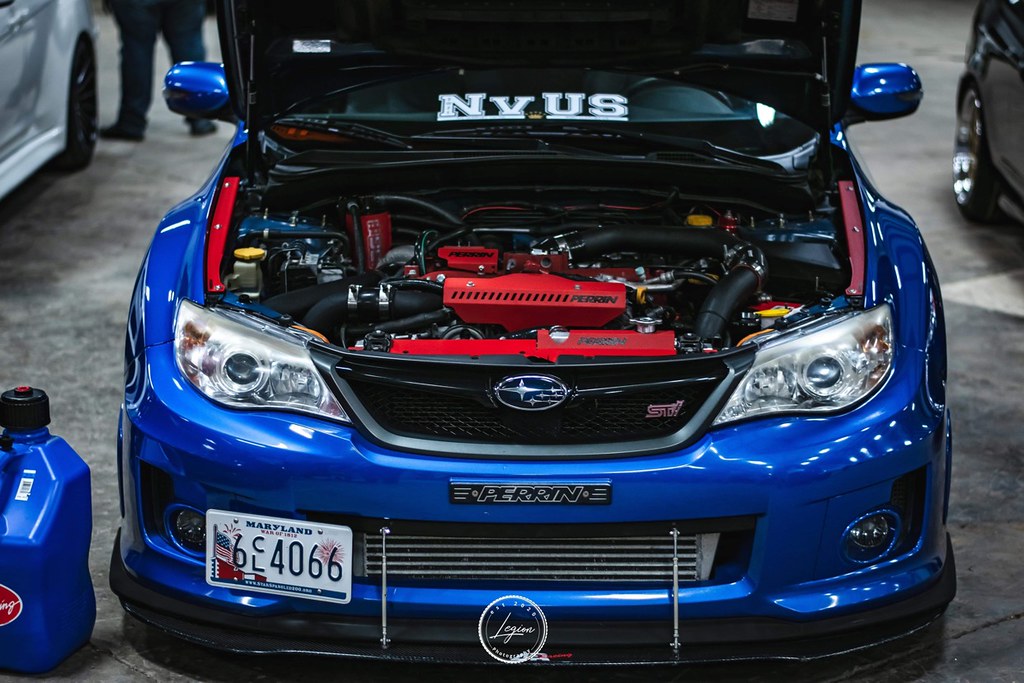 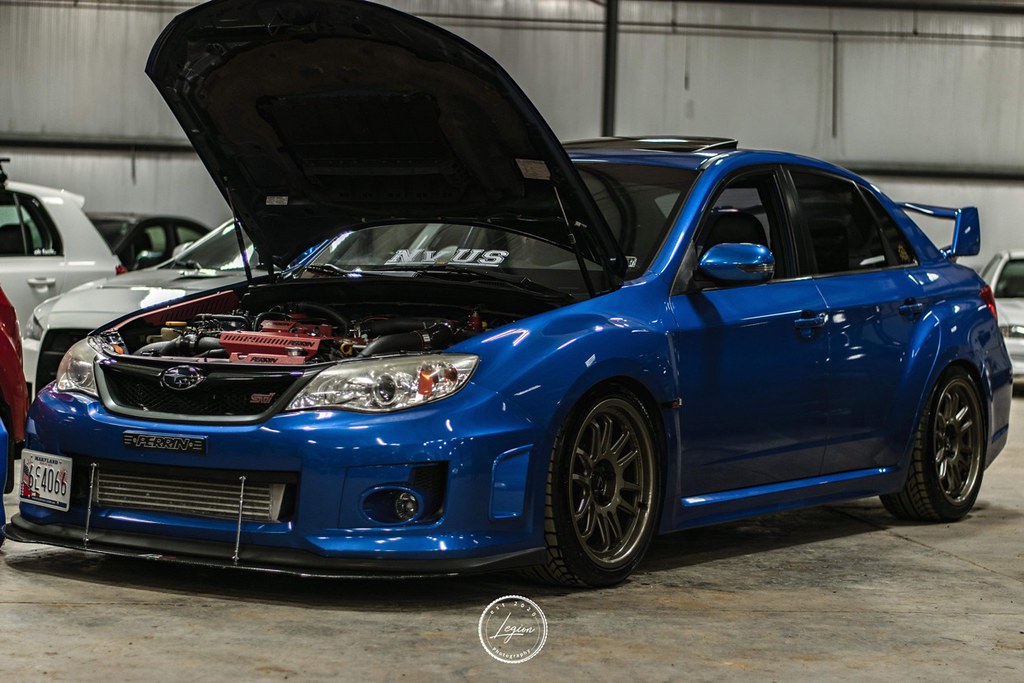 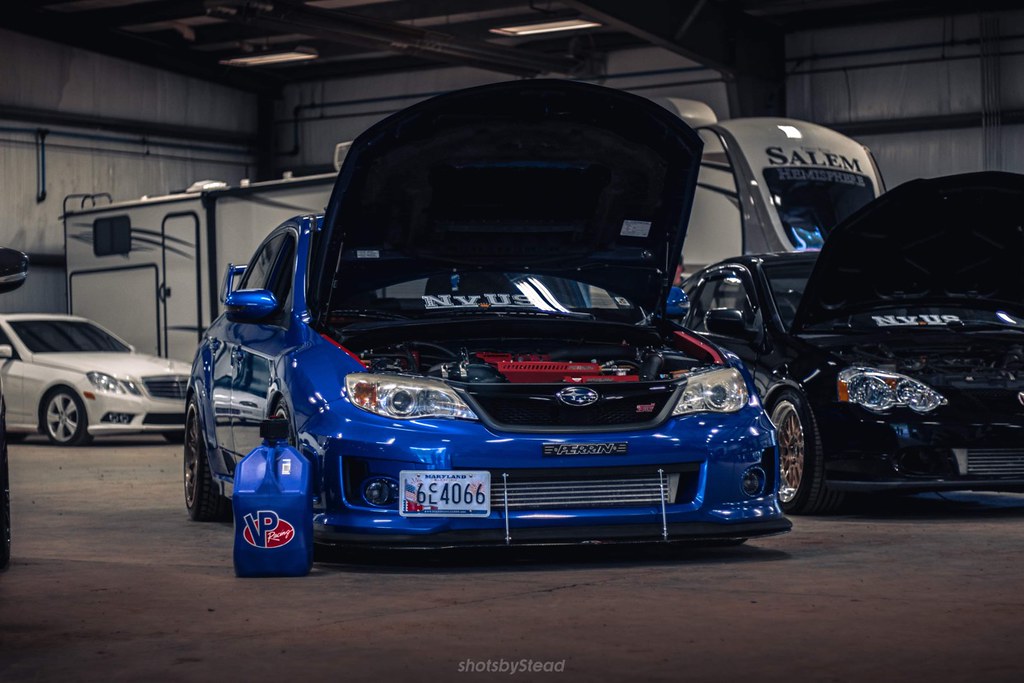 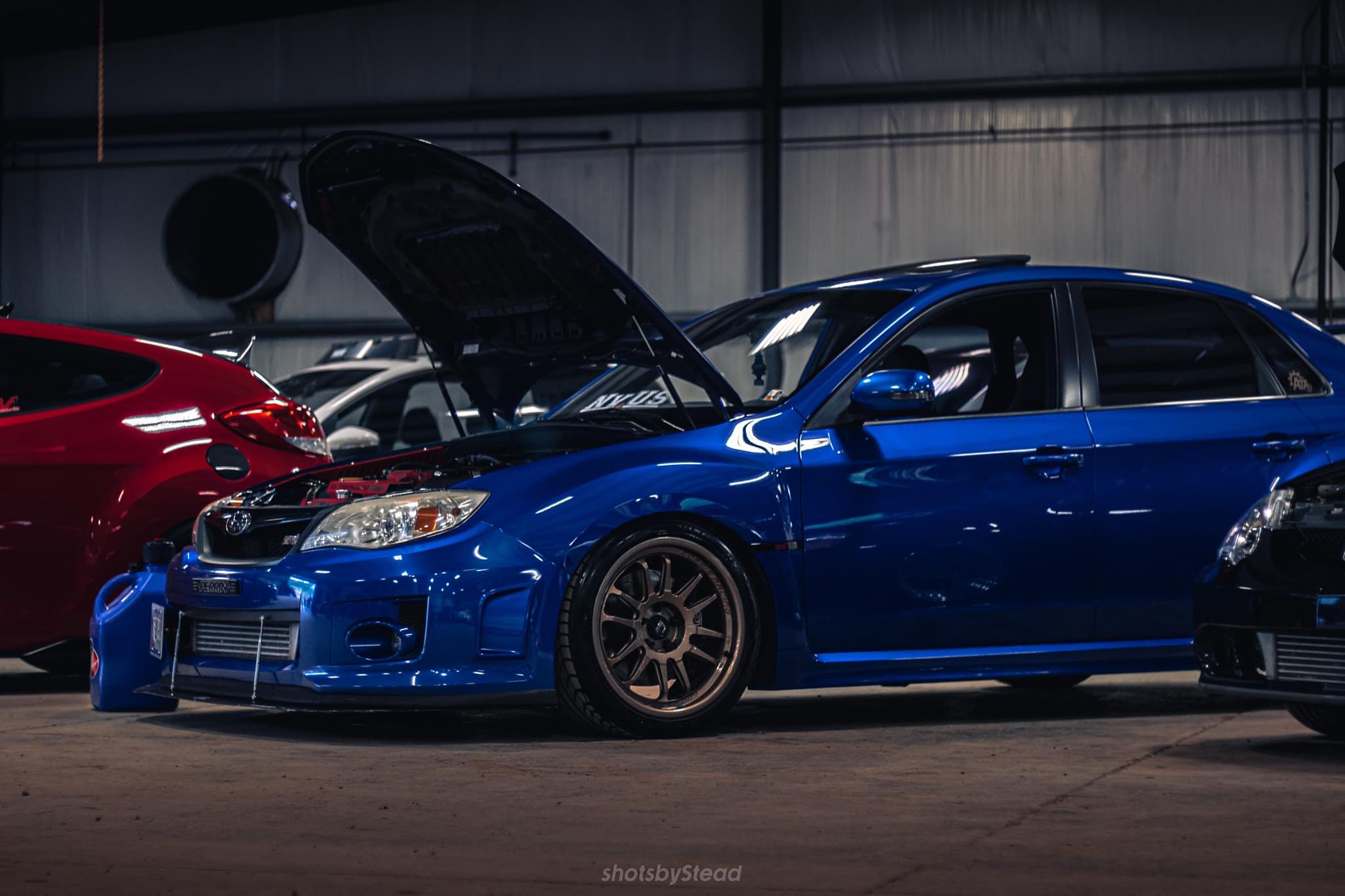 Joined Feb 23, 2015
·
11,779 Posts
You know why I like your car, its minimal show and all go. That paint is still incredible though for having some years on it.

XJman said:
You know why I like your car, its minimal show and all go. That paint is still incredible though for having some years on it.
Click to expand...

I have been contemplating on doing some more aesthetic things. Nothing crazy, but considering a rear diffuser. I was looking into some new headlights because mine were hazy and foggy. I decided to try the wet sand method and man my headlights look brand new again! I should have done that so much sooner. I have never wet sanded anything, but it was pretty easy. Used 1000 grit, following by 3000 grit, then a polishing wheel on my cordless drill with meguiars plastic-X, and finished up with fresh clear coat.

Joined Sep 22, 2013
·
2,326 Posts
So I did a thing a few weeks ago. I hated how bland my rear end was, and how aggressive my front end was with that big CF splitter. Against my normal judgement I ordered a rear diffuser. I actually love it! i didnt want anything that stuck out and screamed look at me!!! or had those crazy super pointy fins. I just wanted something clean and subtle enough to make the rear end match the rest of the car. The v2 diffuser from downforce solutions did not disappoint! 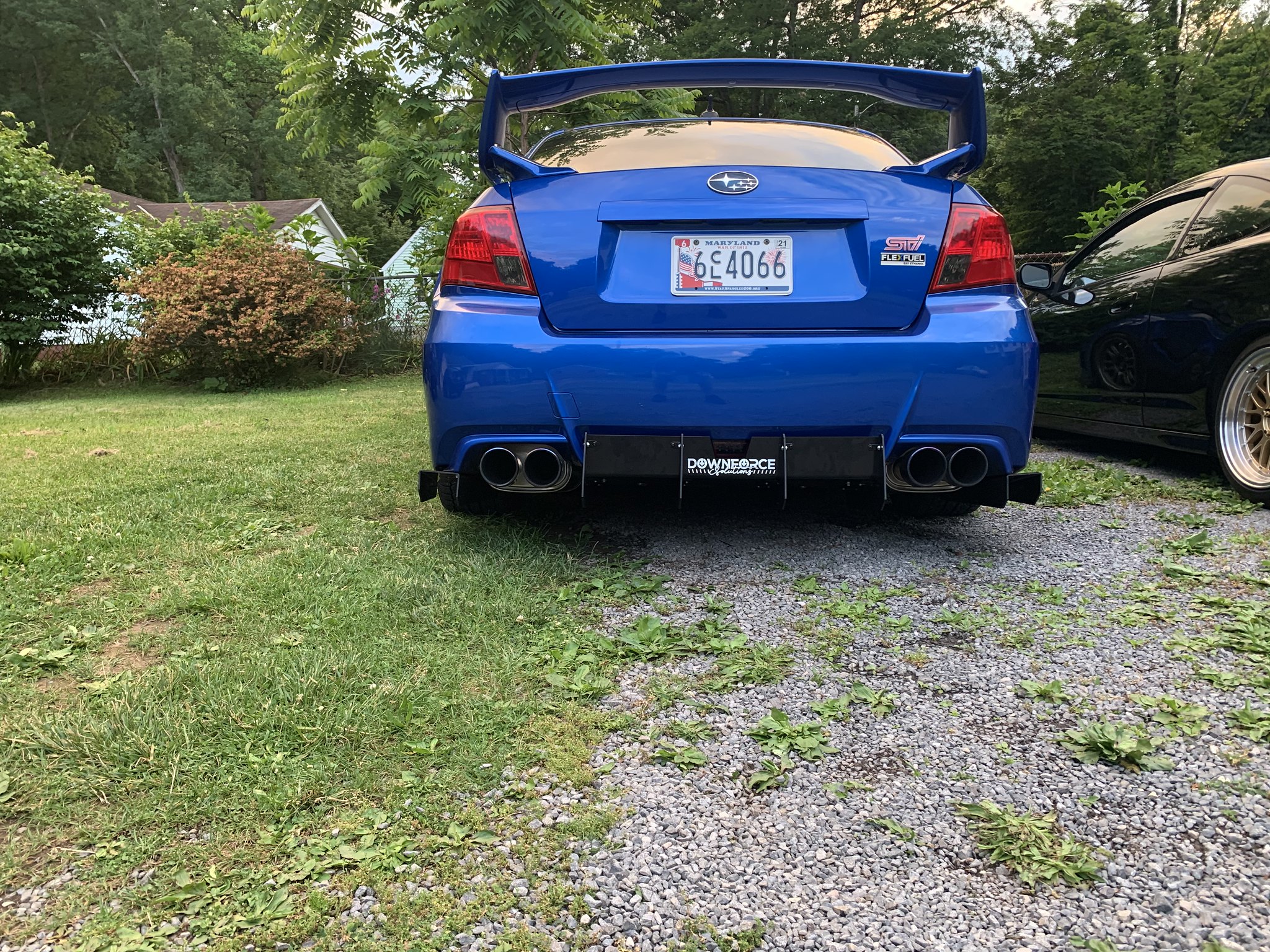 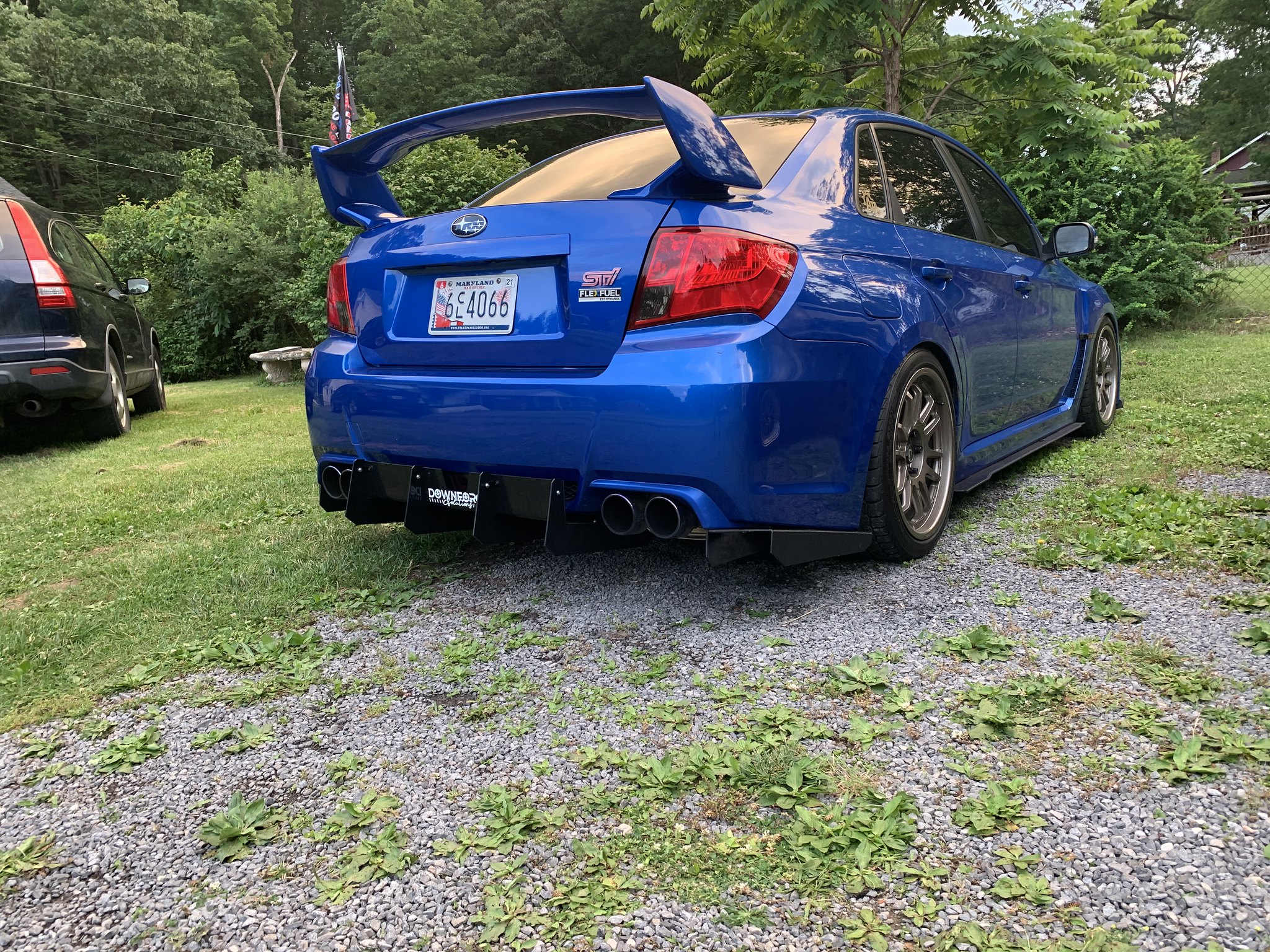 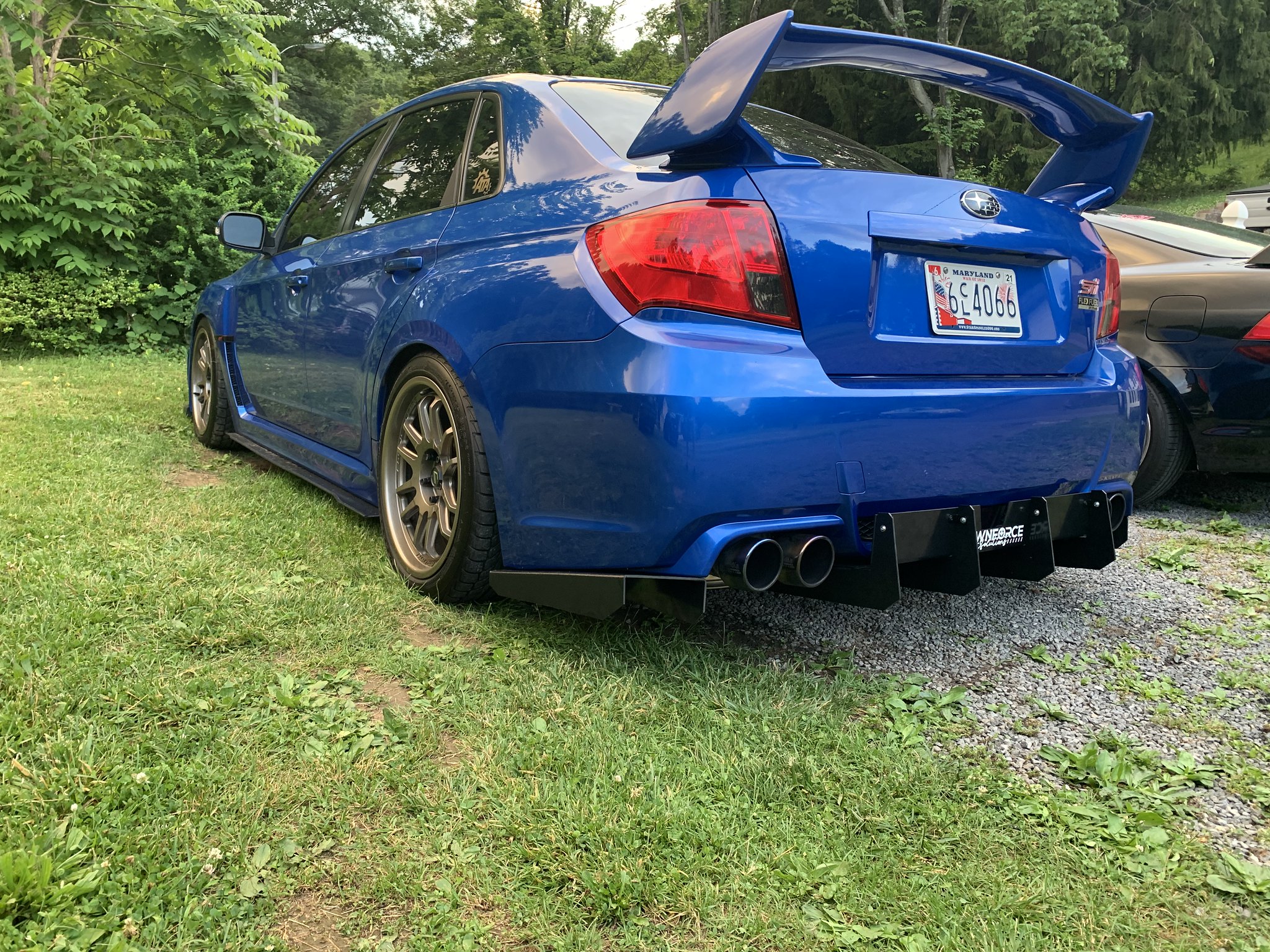