· Registered
Joined Dec 10, 2016
·
72 Posts
This is my build thread on a new 2017 WRX base model in lapis blue. Here she is after getting her home. The odometer was on 5 when I picked it up. First mod was blue Recaro booster seats for the boys. 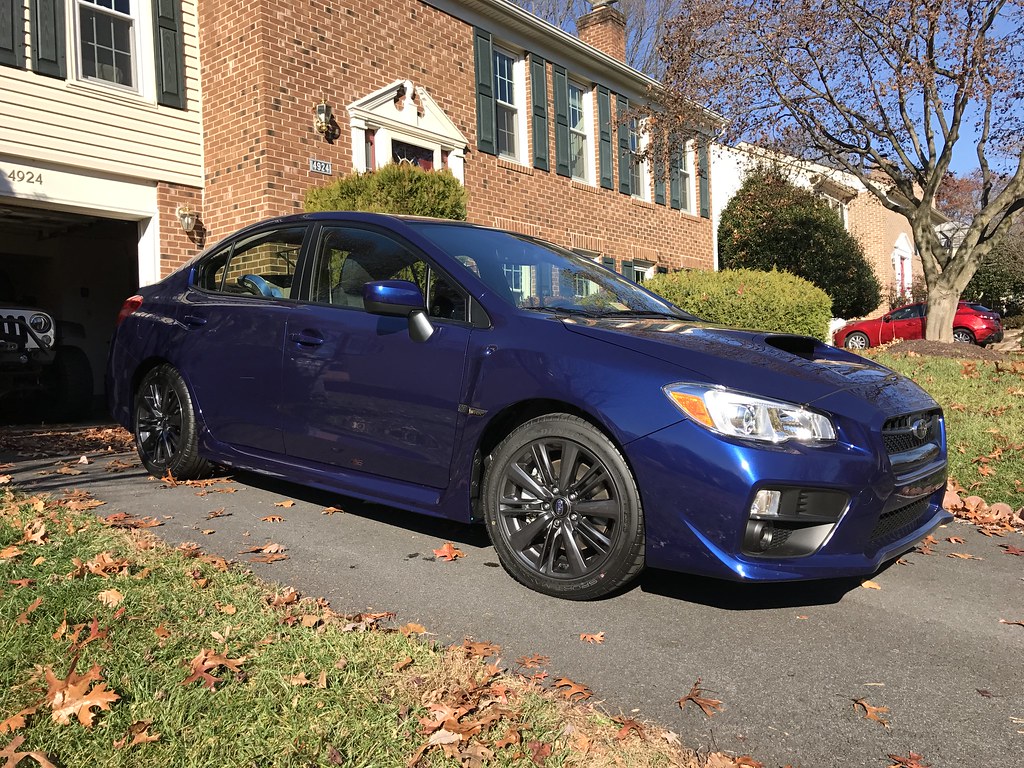 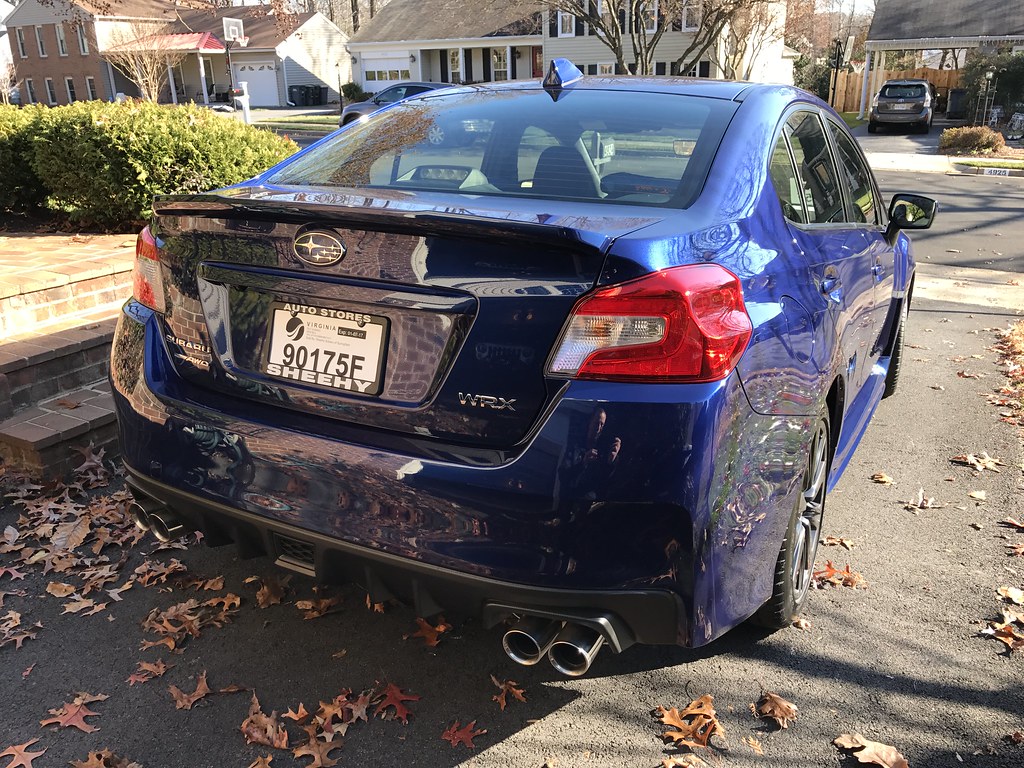 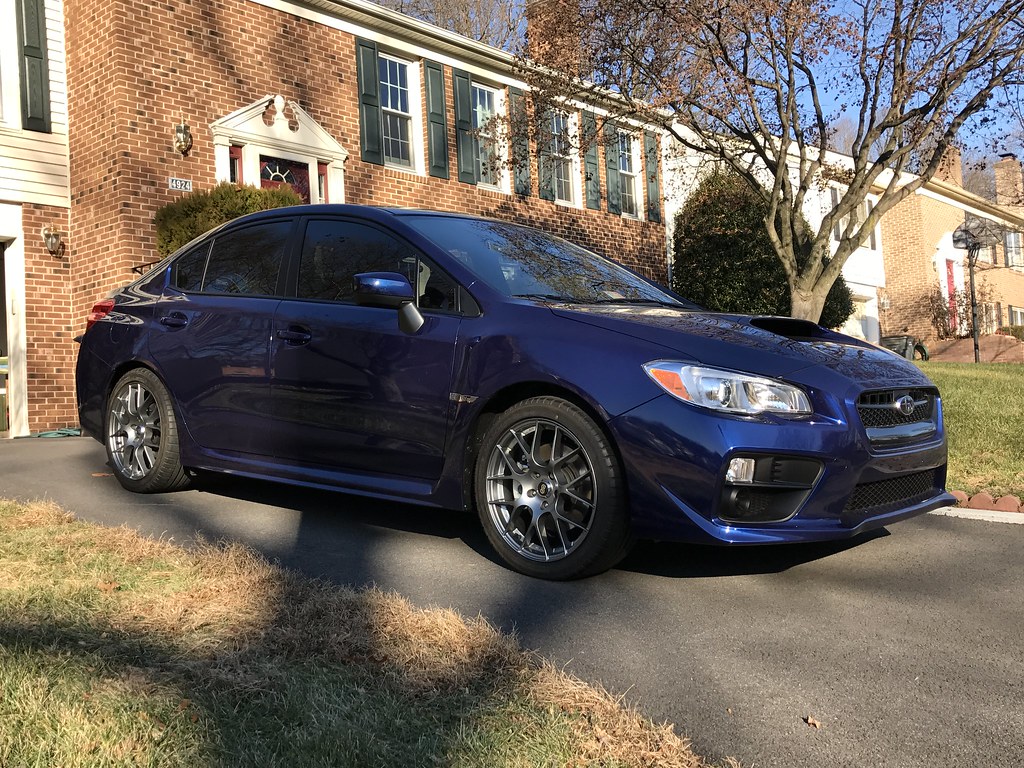 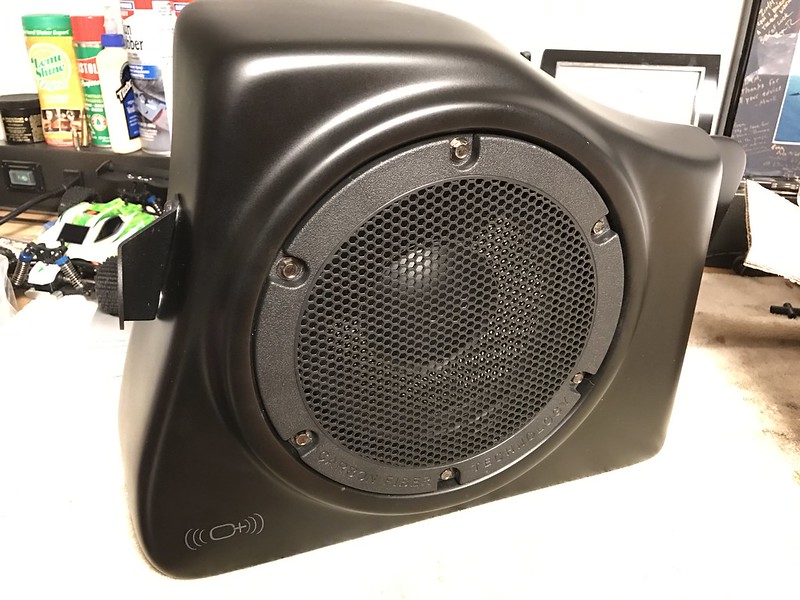 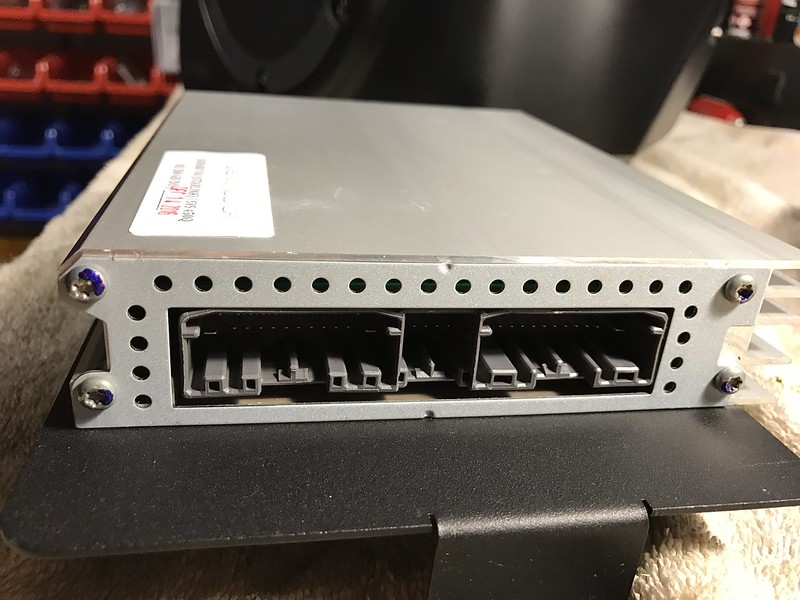 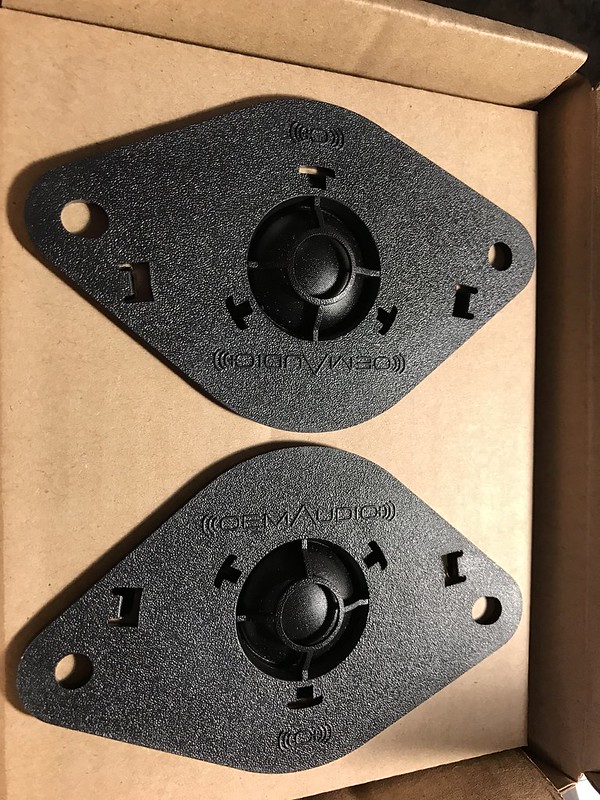 · Registered
Joined Dec 10, 2016
·
72 Posts
Install took 5.5 hours. There were a couple of calls in to tech support. The first one was they shipped me a driver's side subwoofer when all the videos and manuals show a passenger one. It turns out either one works, but maybe they had some extra driver's side ones they needed to get rid of. The car came apart without issues. The harness was well made and routed easily.

The first snag was the amp ground wire- it was several inches too short. I thought I had the amp in backwards so I re-routed the wires and spun it around, nope. I put it back and crimped on a 6" 12 gauge extension wire then it fit.

I took the glovebox surround out and that let me run the harness neatly up and over zip tying to the factory wire harness. The star link side bolts were 4 times tighter than they should have been, but they came out. I tipped out the radio, but didn't remove it. I plugged the harness in and dropped the yellow power wire down on the driver's side. Reinstalled dash without a problem until those damned side screws needed to go in. The passenger side stripped- so I re-threaded it with a die and ran it back in. The driver side I ended up electric taping the bolt to the socket to get it going- it finally went in. Then I had to fight with my socket with needle nose pliers to get it back. What an ordeal!

I didn't need to pull the driver's tire, I just popped out the fender liner and the plug they show. I stuffed all the yellow wire into the blue plastic cavity behind the kick panel and went back to the fender. I put my finger in there and thank gosh I grabbed the wire! That saved me a lot of work, but it was blind luck. No issues running yellow wire up to battery.

The sub was a different story all together. The hardware didn't match anything in the instructions or the videos. I called tech support again and discovered I got a "primitive mount" whatever the hell that means. I had to mount the bracket through the trunk side liner, but then pull the liner back and stuff my arm back there to get a wing nut on the backside. Then I put it all back and installed the rear support rod that goes in place of a bumper bolt. I had to drill into the trunk liner for that. All this took at least an hour. The only way for the bracket to bolt to the sub is to pull the speaker out, bolt it in and put it back. I can't use my Subaru trunk liner now, it impedes the sub box. But the good news is that I think I can get the spare tire out without removing the sub (which would require pulling the woofer, unbolting the bracket, etc). I can pull the floor liner out from under the sub if ever do get a flat.

So I plugged it all in, installed fuse, and connected the battery. I zeroed out all the audio controls- flat EQ, no sound changing at all in the options. Holly crap does it sound awesome! Nice and bright front sound stage, nice fill from the doors and the sub is filling in the bass. It's too early for a full review on the sound, but I need to get some seat time with the system.

Daniel at oemaudioplus mentioned to leave all the sound setting neutral for a couple days of driving before tweaking the EQ as he believes it's set perfect as is. He might be right!

Overall, 4 out of 5 stars- 1 knock for the out dated sub mounting hardware and driver's side sub over passenger side. It seems there are many versions of the system and lots of versions of install instructions so it's not as cut and dry as you would expect. 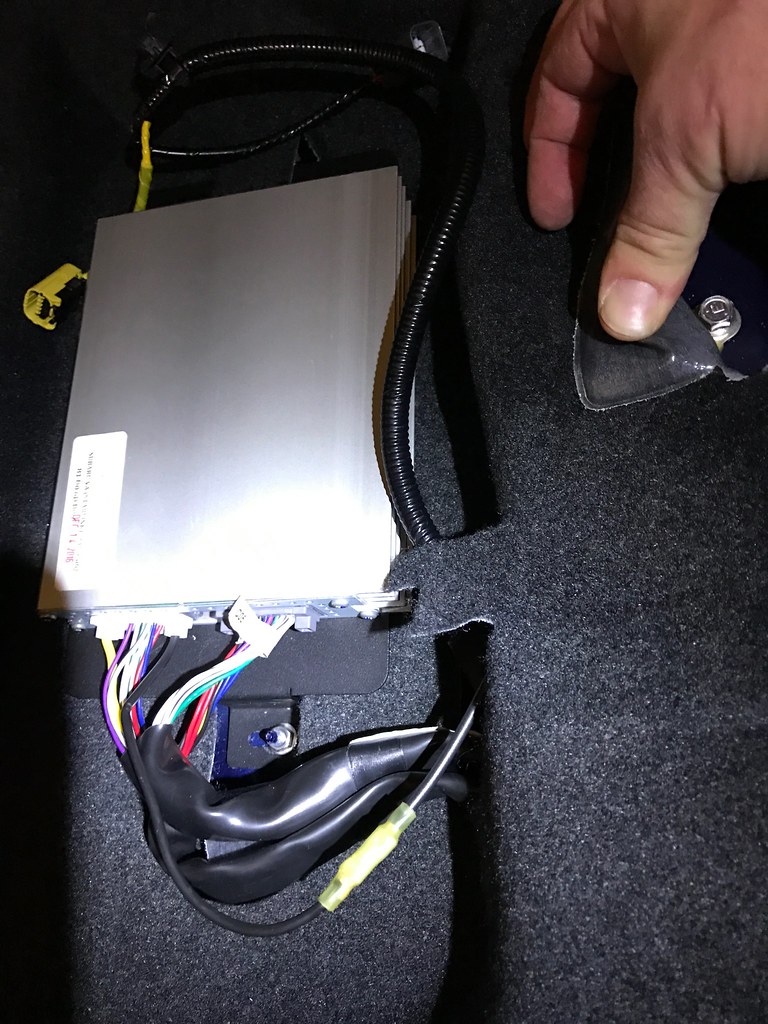 Sub installed. Note that the optional rear "rod" won't allow it to fully tighten. Maybe I could mess with the front mount bracket more, but I'm sick of messing with it. 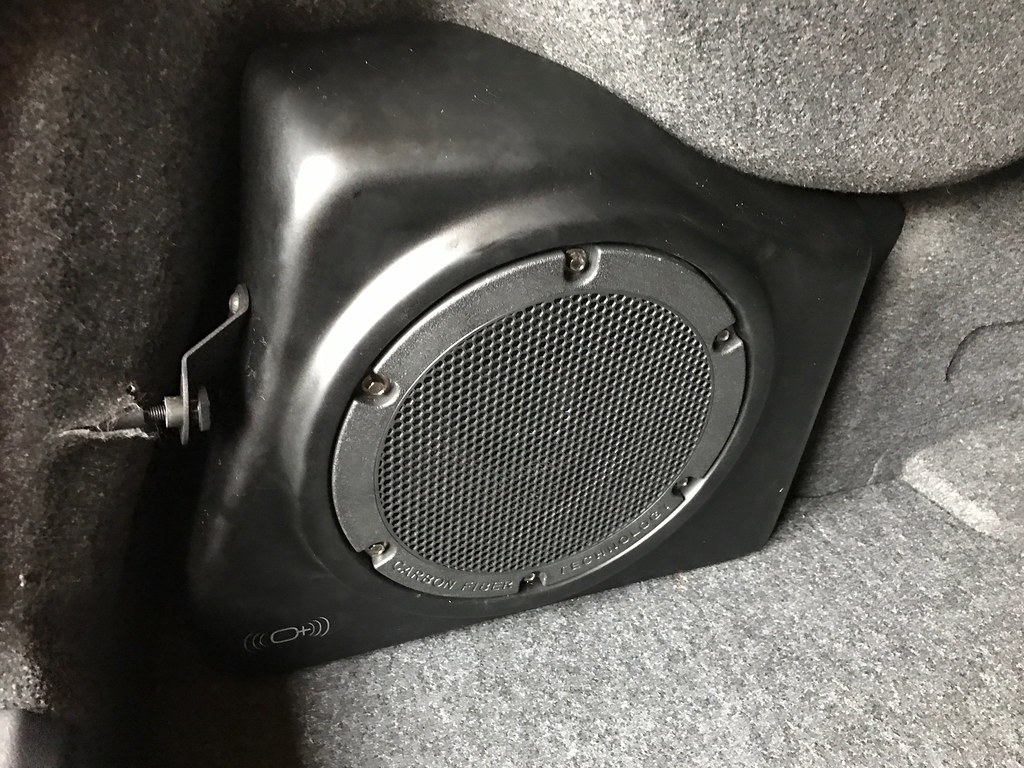 The red line shows where I ran the harness from the passenger kick panel up to the head unit. 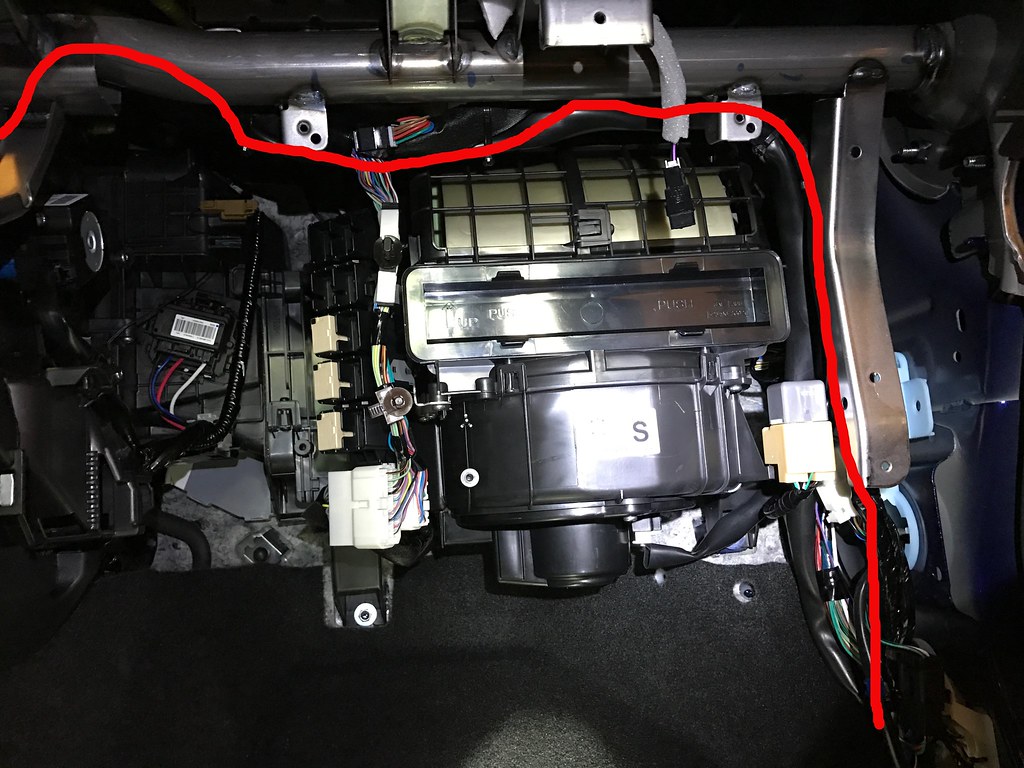 I didn't get any more pics during the install as I was determined to finish it up. Hopefully it'll help others.
F

I installed the OEM+ in my 2015 shortly after buying it....have been very pleased with it. I didn't have the issues you had since I have the old style HU and the dash comes apart easily in comparison to the new starllink I assume. Mine came with the passenger sub....my mounting hardware is different from what you have, but it was also different from what their install video displayed....so I had to improvise a bit as well.

For me, the difficulty was fishing the power wire. I was not as lucky as you and it took several attempts to send it through the fender on the right path. not sure that was the easiest route through/around the firewall, but I did as the instructions stated.

Congrats on the new car!

· Registered
Joined Dec 10, 2016
·
72 Posts
Today I got the Perrin shifter bushing, shift stop, and group-N transmission mount in. I also put in a $65 eBay fog light kit. It included the 2017 fog light switch, so that was a nice surprise. I also used a Grimmspeed horn bracket and wiring harness- but instead of the Hellas, I went with homely looking PIAA bass horns with the stickers pulled off. They blend in behind the grill and sounds pretty darned good. 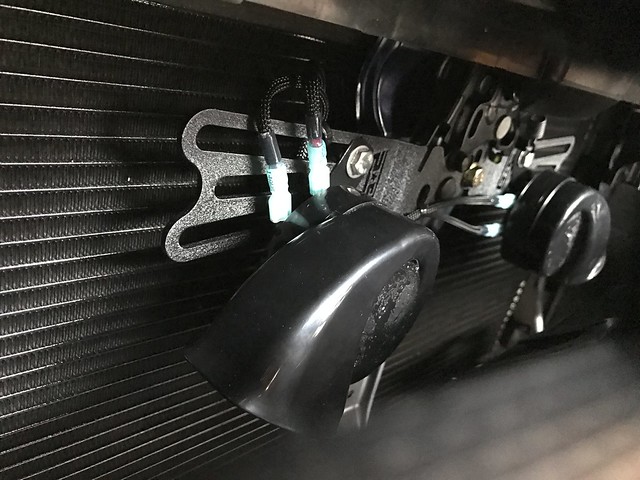 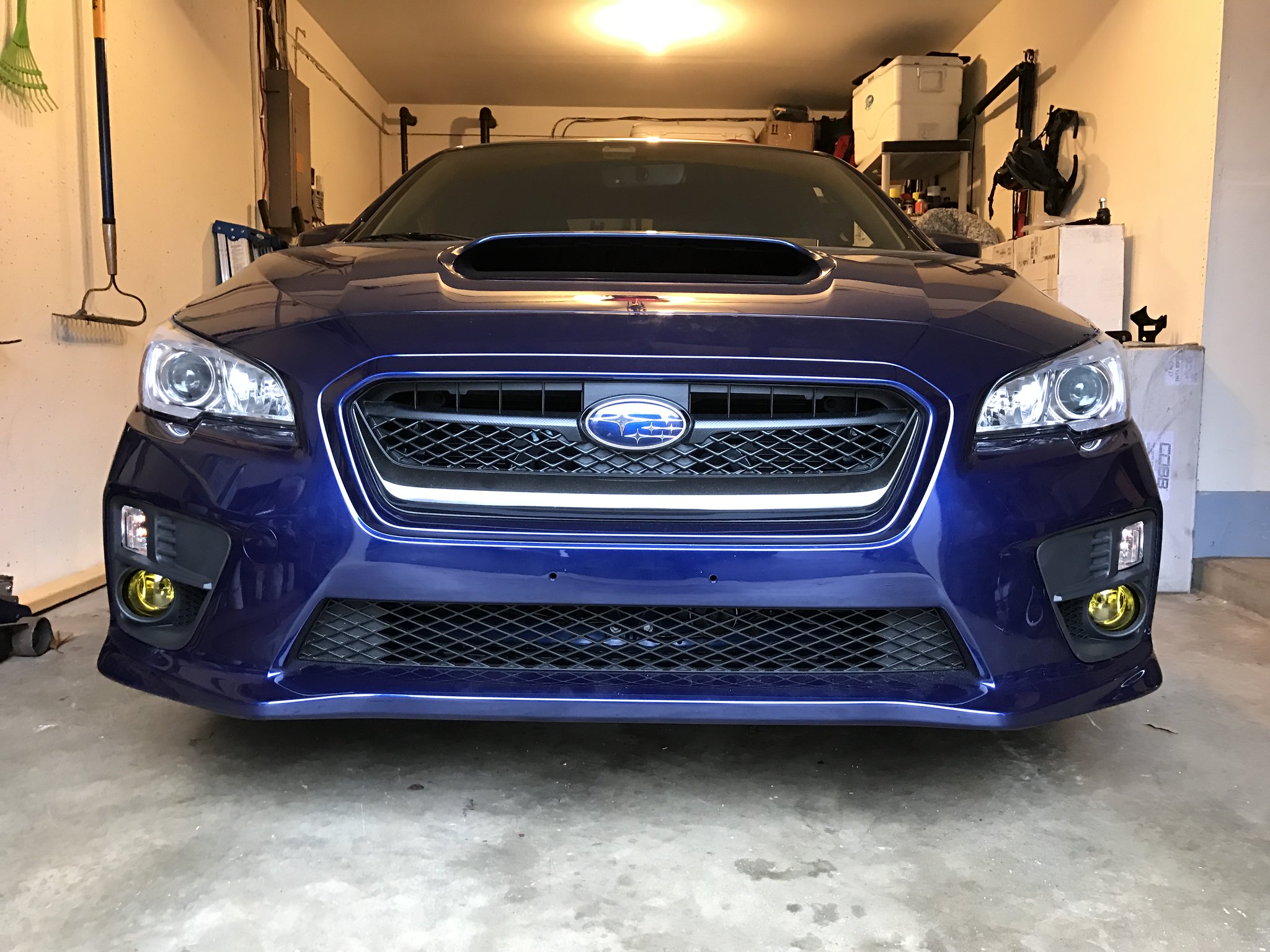 · Registered
Joined Mar 8, 2016
·
59 Posts
Grats, man. Love the blue color. I was just looking at upgrading the horns myself. Really digging the Perrin bracket. I'm likely going with the Hellas but can't decide. Like the sound of the yellows but want the reds for the color (my car's white with red accents). Anyway, keep the pics coming :-D

· Registered
Joined Dec 10, 2016
·
72 Posts
I got tired of the huge Cobb exhaust box in the basement so I opened it up and installed the cat back portion for now. I'm only at 750 miles, so I don't want the J-pipe/stage 2 just yet. The old exhaust pops right off with some windex on the exhaust hangars. I put a blanket down in the driveway and slid the Cobb exhaust in place. It was easier to pull the hangars off the car and put them on the cobb exhaust first, then pop them into place on the car. Took less than an hour. The sound is much improved, although a tad quieter than I was hoping for. I'm sure the j-pipe will help that. At least now I can let off the clutch without watching the tach.

This is an older thread, you may not receive a response, and could be reviving an old thread. Please consider creating a new thread.